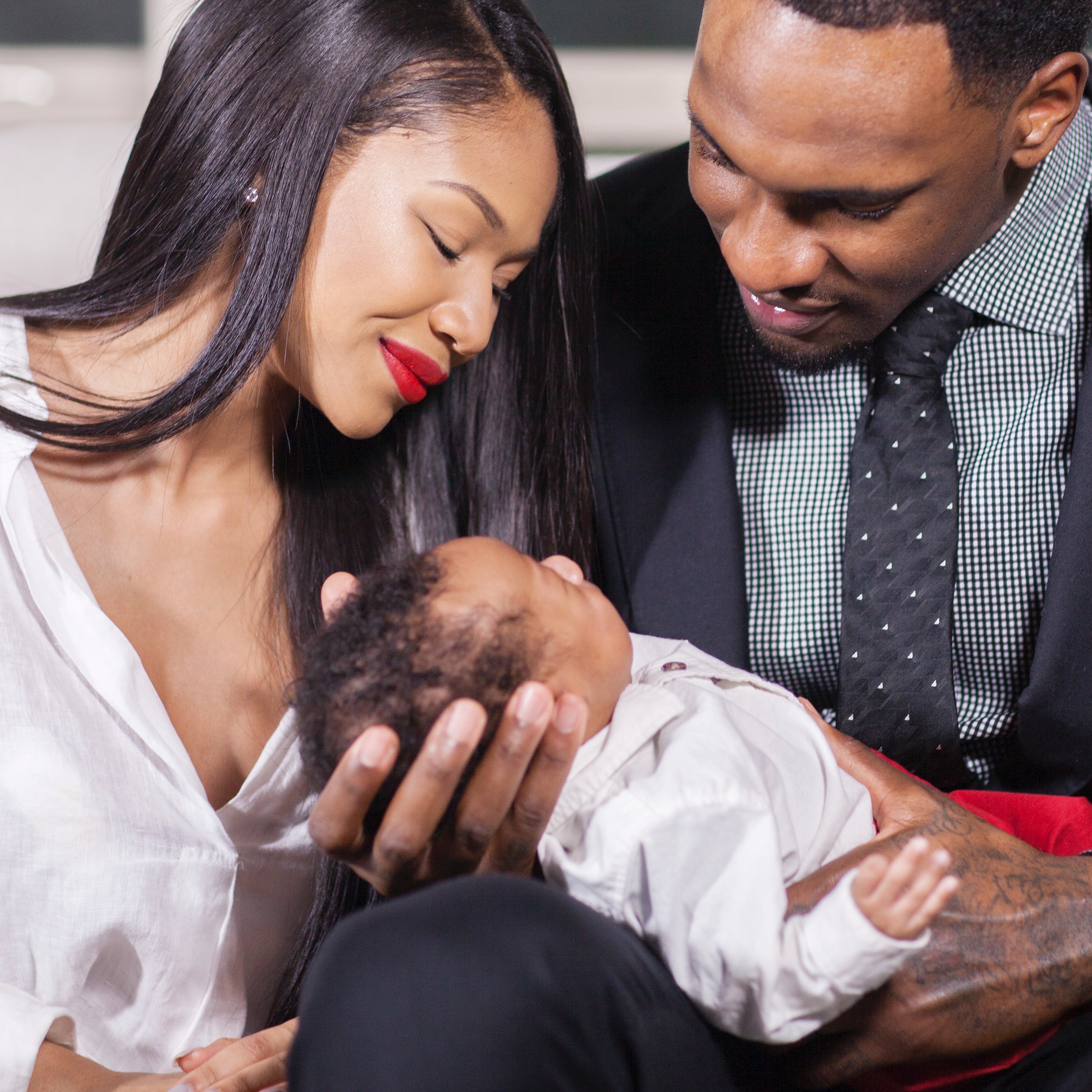 About 28 weeks into the pregnancy, the thoughts began to emerge about the fears and joys birth encompasses. I wasn’t the one to be afraid of the experience but I did want it planned out as much as I possibly could. I watched various YouTube videos and saw the brave mothers who did it with no drugs at all. I think they really deserve an award or something for that!

I never actually wrote down my “Birth Plan” and I believe God didn’t allow it because my experience ended up being nothing I could plan. The day before labor began I felt really swollen and my feet felt as if they may fall off. As I arrived at Houston’s Toyota Center, I knew something was off but didn’t want to worry Tarik about it on game day. I even cried because Whataburger wouldn’t allow me to purchase a breakfast taquito 20 mins before midnight LOL!

I woke up around 3 am with what I believed were braxton hicks contractions. Which if you don’t know, they’re basically the tightening of your uterus that feels somewhat similar to a charlie horse. As the night grew, the contractions became increasingly painful and sharp.

Around 7 am, it got SO REAL and my water broke. I told Tarik I thought I was peeing on myself because the liquid was just streaming and running down my leg! I thought to myself, I couldn’t be going into labor at 36 weeks of pregnancy!? I quickly called my doctor and she told me it sounded like my water had broke and to go ahead and go to the hospital. So I shoved a bath towel in my pants ( I’m a germaphobe and didn’t want the amniotic fluid in the car) and waddled out our bedroom into my husband’s car.

Tarik was beyond calm and collected and did everything he could to keep me comfortable. He played all my favorite music and held my hand tight with reassurance.  We went on our way to Children’s Memorial Hermann about 25 mins from the house we were staying at the time in Sugarland, TX.

When we arrived at the hospital they immediately admitted me into a labor room. When your water breaks, there is a higher chance of getting an infection so they moved pretty quickly with me.

I labored for a few hours and the pain was bad… but manageable. I got my epidural which wasn’t scary at all next to the pain I felt without it so I was all in when they asked me if I wanted it. An hour or so later, they told me because my water had already broke, they needed to speed up my contractions. They advised me they were giving me a medication called Pitocin. If you have been induced in labor before I believe it’s the same thing they would give you. I had always known that I didn’t want to take any Pitocin but I was advised I didn’t have a choice which really disappointed me.

Because my doctor hadn’t made it into the hospital yet, I had to listen to the doctor on call at the time. I then labored until about 6 cm when everything began to get scary for me and baby. The doctors realized I had a condition called preeclampsia. This affected my blood pressure so significantly to the point that my blood pressure skyrocketed to 180 over something ( I can’t remember what it was exactly). Every time I would have a contraction, Na’ims heart rate would drop very low and they advised me he was under distress.

From then on I was a nervous WRECK. My husband and my mom did a great job at calming me down and reminding me it would all be okay. All I could do is pray that me and baby would be healthy and alive… all the while knowing I was about to have to make some hard choices. The doctor on call told me they were going to have to go in and get him through C Section. I couldn’t believe my ears and didn’t want to believe it.

Fast forward to the C Section, because of all the medications,  I was shaking uncontrollably from my chest up. All I could do is pray and rewind the whole process in my head looking for a way it could have been different. At this point, they almost had Na’im out of my body. I remember looking up above the table and seeing a feather floating. I knew that there was no way that a feather could be in an operating room because that would be highly unsanitary. I felt God’s presence come over me in a flood and all my fears washed away. I was filled with such a peace that still to this day I cannot comprehend it in words to anyone. I just knew he sent an angel to be with me in that room and I am forever thankful for that.

When Na’im came out he was blue and not breathing. He also didn’t cry when they pulled him out which traumatized me. Was he alive or dead? I had no way of knowing… I remember looking up to my husband for some sort of comfort and seeing nothing but confusion in his eyes as well.

Tarik went into the NICU with Na’im and about 10 minutes later they assured me he was alive and breathing! At 36 weeks I delivered a healthy baby boy into this world. He endured a few complications while spending 5 days in the NICU that thankfully resolved quickly. That experience really challenged me to have faith no matter what I’m faced with! It made me appreciate my mom and grandparents on a whole new level. Mama’s really do deserve an award or something!

If you want a blog post about my “post-delivery” story let me know in the comments!